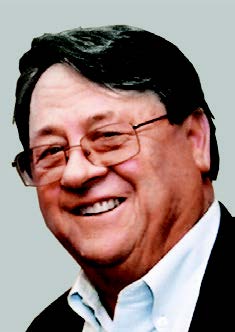 Below is a report on the roadside inspection questionnaire that accompanied out last newsletter. Thank you for those of you who took the time to respond. The data will be merged with several other associations’ responses to the same questionnaire and the broader results will be published at a later date. It will also be posted on our website. This exercise did post a different question to me however: Since we only got a 1% response (63), can we assume that issues involving road inspections are not that pertinent to 99%of our membership?

There were 63 companies that completed the eight question questionnaire.

Question 1: “How frequently do roadside inspectors conduct walk – around inspections of equipment but fail to register clean inspections in the MCMIS system.”

Conclusion: A majority of responders feel that this occurs a majority of the time. This could certainly raise questions about the fairness of road – side inspections being used in CSA data and ultimately in a carriers’ safety fitness determination.

Question 2: “Have your drivers reported asking that clean inspections be recorded.”

Question 3: “If yes to question 2, what responses do your drivers report?”

1. 50% responded that the inspector’s response was “a report isn’t necessary, I don’t have time, or this was not an inspection, just a quick look.”

2. 25% responded that the inspector’s response was “leave or we’ll take a closer look, it will be a full level one, and I will find something to write up.”

3. 21% responded “that I don’t have to write up anything if there are no violations.”

Question 4: “Do you believe your equipment is randomly inspected or profiled based on your use or non – use of a by – pass system and your ISS score?

Conclusion: Exactly one half of the responders feel that they are not being randomly selected for inspection.

Question 5: “Do you believe that the FMCSA inspection criteria are uniformly applied?”

Conclusion: 57.7% of responders did not feel that the criteria are uniformly applied.

Question 6: “Do you have statistical or anecdotal support for your conclusion (if no above)?”

Answers: There were many varied comments with the one recurrent theme being inconsistencies between states and other jurisdictions in inspection frequency and interpretation of the regs. The states cited as more difficult were Texas, California, Indiana, Arizona, New Mexico, Maryland, Ohio, Kentucky, Missouri, and Nebraska. Also local jurisdictions seemed to be a profiling issue as one carrier claimed 38 inspections in a three - block area resulting in two warnings which I assume showed up as negatives on his CSA.

Question 7: “Do you believe that the nature of your operations or the area in which you operate adversely affects your vehicle maintenance scores?”

Question 8: “If yes above, please describe.” Answer: Many responders felt that having an operation in the Northeast created more scrutiny, that winter challenges in the north with road salt and corrosion create more inspections, and then many cited being located in or near difficult states, inspection – wise.

There’s a great deal of activity, resources, and dollars invested into the improvement of our image as an industry. Drivers, company owners, and associated industry groups all agree there is a serious disconnect between reality and perception regarding the companies and people who move 80% of America’s freight. Mandated speed limiters or governed trucks will irreparably widen that disconnect.

This mandate will create rolling density and blockages thousands of times daily on our interstates, infuriating the driving public, increasing road rage and unsafe behavior by four-wheelers, creating unsafe pockets of congestion, and ultimately damaging the safety numbers we’ve worked so hard to achieve.

I feel that anyone or any group that supports mandated governed trucks indicates strongly with that support that they care nothing about the industry’s image and in the end, safety itself.

This mandate will come from the federal government but the driving public will blame our industry for the “un-intended consequences."

To Whom It May Concern:

The problem I have with "beyond compliance" is that it implies that mega fleets can buy good safety numbers with gadgets that small carriers do not benefit from or can't afford. Who determines what qualifies? If putting cameras in trucks has a safety benefit, then improved numbers should be a sufficient reward. However, since some drivers don't want that level of intrusion or control, do increased turnover rates outweigh any safety value? If speed limiters truly have a safety benefit, will it outweigh the resluting loss of drivers who don't like to drive a governed truck? If fuel optimization has a safety benefit does it outweigh the added driver turnover because drivers don't want to be micro-managed to that degree? If GPS trucking has a safety benefit, does it outweigh the loss of drivers who don't want to be tracked? Do mandated ELD's pass any cost/benefit analysis by saving 19 lives? Does hair testing have a positive impact on safety?

The "beyond compliance" program is just another effort by the mega fleets to camouflage the numbers and continue to make their unfounded assertions that they are somehow safer than independent contractors, and small company drivers, which is just not true regardless of how much money is thrown at safety.

NASTC offers a risk management program for our member companies called MSP (Management and Safety program) that goes well beyond the minimum regulation requirements in ten areas. It's affordable but our members pay for it and enjoy a return on investment through better safety numbers and lower insurance premiums, not an "atta boy" from FMCSA.

Get rumble strips on 100% of the interstate system and make driver turnover rates a safety issue and give our companies credit for that. It's far more valuable safety wise than any gadgets that may be approved under this program.

Out of an abundance of caution, and for the protection of our staff and the broader community, NASTC employees are working remotely. During these challenging times, all of us here at NASTC will continue to ensure that our members and prospective members still receive the highest quality of products and services.